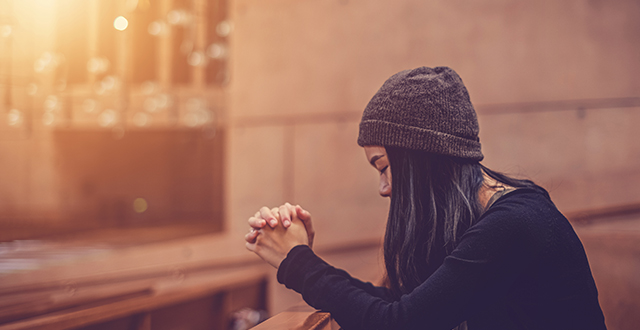 In my previous article, I called attention to the challenges of the Republican Party in reaching out to certain voter groups. Specifically, younger voters are less likely to identify with Republican values. In fact, this issue ranks squarely in the list of top ten questions I get asked about on the campaign trail. While I think there are some short-term solutions, there is a long-term problem that is far more systemic and more difficult to solve.

What plagues America and it’s youth is a multifaceted attack on Judaeo-Christian values. To see the symptoms, one has to look no further than the major headlines of 2019 which include a culture of greed and laziness, unabashed support for late term abortion, forcing school girls to undress in front of males, regulatory retaliation against Christian owned businesses, and trying silence pastors from the pulpit. To consider this a newly mobilized assault is hugely shortsighted.

The attack on Judaeo-Christians values began decades ago as part of a long-term campaign against our children. Unable to engage head-on, Humanists and Atheists set their sights on our most vulnerable. In 1983, John J Dunphy wrote in his book:

I am convinced that the battle for humankind’s future must be waged and won in the public school classroom by teachers who correctly perceive their role as the proselytizers of a new faith: a religion of humanity that recognizes and respects the spark of what theologians call divinity in every human being. These teachers must embody the same selfless dedication as the most rabid fundamentalist preachers, for they will be ministers of another sort, utilizing a classroom instead of a pulpit to convey humanist values in whatever subject they teach, regardless of the educational level—preschool day care or large state university. The classroom must and will become an arena of conflict between the old and the new—the rotting corpse of Christianity, together with all its adjacent evils and misery, and the new faith of humanism…

It will undoubtedly be a long, arduous, painful struggle replete with much sorrow and many tears, but humanism will emerge triumphant. It must if the family of humankind is to survive.

If you’ve been paying attention to local politics, then Dunphy’s words should sound hauntingly familiar. Recently, a Willis ISD teacher sparked outrage when he took to social media to let parents know that they didn’t have the final say in raising their children and their education.

After four decades of relentless indoctrination, it comes as no surprised that voters under the age of 30 are not identifying with the Republican Party–the party of morality. The inclination of our youth toward moral softness has long been observed and shows no sign of turning.

Herein lies the problem. Our churches are failing to teach discernment between good and evil–that life is precious at all stages, that genders are distinct by design, and that socialism is theft by legislation. On its own, this is not something the Republican Party or the Government at large can fix.

In 1798 John Adams famously took note of this problem when he wrote a letter to the Massachusetts militia saying:

Our Constitution was made only for a moral and religious People. It is wholly inadequate to the government of any other.

Not until I went into the churches of America and heard her pulpits flame with righteousness did I understand the secret of her genius and power. America is great because she is good, and if America ever ceases to be good, she will cease to be great.

Like a doctor asking, “where does it hurt,” the answer almost universally seems to be “all over”. For the time, President Trump’s efforts to Make American Great Again seems to have delivered some symptomatic relief. Nevertheless, the new anthem “Keep America Great” betrays a recognition that our remission is constantly at risk. However, I am convinced this does not have to be the case.

For example, there are about 90 million evangelicals in the United States. When you start analyzing the 2016 data, the correlation between orthodox teaching and voter affiliation becomes apparent. Only 20% of orthodox evangelicals broke for Democrats while the other end of the spectrum was split nearly fifty-fifty. In other words, about 35 million evangelicals failed recognize the moral bankruptcy of the Democrat party when casting their vote.

The prescription for the problem is not to change the character of the Republican Party. In the short-term, the Republican Party has an opportunity to get young voters off the pew and into the ballot box. However, to address the greater problem, the churches and synagogues of America need to return their attention to strong moral teaching. Moreover, the youth of America must be taught that their faith is not something to be compartmentalized. Judaeo-Christian values should be–and must be– brought into the political arena. Only by seeking the shalom of our community will we truly be healthy.

Thus says the Lord of hosts, the God of Israel, to all the exiles whom I have sent into exile from Jerusalem to Babylon, ‘Build houses and live in them; and plant gardens and eat their produce… Seek the welfare of the city where I have sent you into exile, and pray to the Lord on its behalf; for in its welfare you will have welfare.’