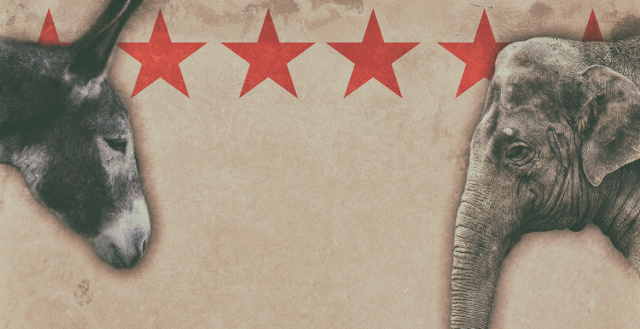 The 2018 election cycle left Republicans somewhat stunned. For several years the Democrats have been sounding the battle cry for turning Texas blue. Alarmingly, Ted Cruz beat Francis (Beto) O’Rourke by only 200,000 votes and, overall, Democrats strengthened their grasp on all three branches of government in the state.

Meanwhile, across the nation, Republicans are gaining ground against the Democrats when it comes to voter registrations. While this is good news, the Republican party is still a long way from where it needs to be. As of July 2018, the Democrats held a 12 million registered voter lead over Republicans. To put that in perspective, the total number of registered voters in Texas (both Democrat and Republican) is 15 million.

Assuming that in Texas Republican voter registrations are outpacing Democrats, how do we reconcile the noticeable Republican losses of 2018? I would suggest two factors are helping Democrats–Independent voters and the Beto Effect. Further, these seemingly unrelated things might be symptomatic of an underlying problem.

Since Texas doesn’t require party affiliation, and party affiliation expires at the end of the calendar year, it’s hard to know exactly what percentage of registered voters in Texas identify with a specific party. In 2017, a Gallup poll suggests Republicans in Texas have a small advantage over Democrats (41% to 38%). Simple math puts the remaining 21% into the category of “other,” or Independents. If the Independent vote is equally split, Republicans fare better than the national average of 38%. Unfortunately, the reality is that declared Independents lean Democrat by a 4% advantage. The difference is even more pronounced with age. Voters under the age of 49 given an 11% boost to Democrats.

That brings us back to the Beto Effect. In 2018 the Democrat numbers grew to new heights due to the slick bravado of Francis (Beto) O’Rourke, who was highly favorable with younger voters. Speaking to the Star Telegram, Republican Rep Ron Wright had this to say:

The numbers agree. Beto appealed heavily to young voters during the Texas Senatorial race and they turned out to show it.

Understanding that Beto’s campaigning attracted the Youth vote, it appears that Republicans need to do a better job engaging with the next generation of new voters. Democrats have known this for awhile and reacted with efforts such as Rock The Vote. This will continue into 2020 as part of their multifaceted plan in Texas, which they unveiled just last month.

As we dive deeper into the pool of unregistered voters, we register an electorate that is younger, more diverse, and more progressive.

The Democrat playbook for Texas confirms what the data already suggests. The Texas GOP needs to build momentum behind things like the Republican Volunteer Engagement Project, with specific emphasis on next generation voters. As long as the The Republican Party is willing to learn from 2018, there is no reason to believe Texas is destined to turn blue.

To get involved with voter registration related initiatives in you area, contact your GOP County Chairman. A directory by county can be found here.