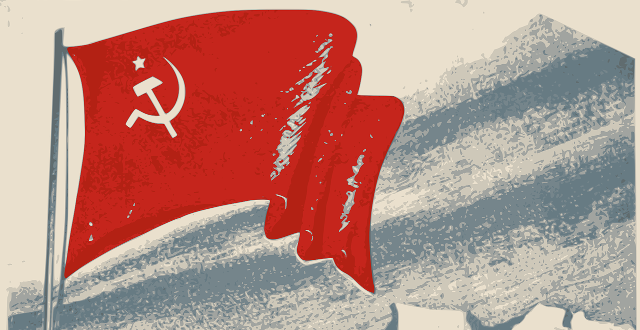 Active shooter incidents in the United States are on the rise.  Within hours, these horrific tragedies become politicized along party lines.  The left blames the guns and the right blames the shooter.  At the risk of sounding cliche, I’ll state on the record, that “guns don’t kill people, people kill people”.  The problem with my position is that it presupposes their is evil in the world and sometimes people do evil things–and that makes some people uncomfortable.  To soften the blow, our culture has padded this idea by asking the question, “what made them do it?”.  In other words, it’s easier to stomach that some external factors played a roll in it.  For the average, hard working American who loves God, country, and family, it’s hard to understand how a primitive thing like hatred and angst could be unleashed in such a violent way. I believe it’s this blunted view of man’s natural depravity that’s pushing our legislators across the nation to entertain these so-called “red flag” laws.  Although intentions may be pure, I believe these laws will do more harm than good.  Here’s why.

Most of my friends and acquaintances know me for my involvement in technology and politics but my educational background is counseling.  My mother is a psychology major and her husband holds his LPC (Licensed Professional Counselor).  As you can imagine, there’s been a few opportunities throughout the years to discuss mental health.  While we don’t always agree, we are in consistent agreement on the dualistic nature of man.  In other words, man is the seamless union of the immaterial (spirit) and material (body).  Much like a driver in a car, the immaterial is in control of the material.  Some neurological diseases (like Alzheimer’s) make the car unresponsive and unyielding, despite the drivers best wishes.  While this view is a central premise shared by the major religions of the world, it is a not a fundamental tenet of the American Psychological Association (APA).  In lock-step with naturalistic evolution, humanism and materialism have become the predominant worldviews of psychology.  In other words, “behind every crooked thought, there lies a crooked molecule.”

What red flag laws attempt to do is identify would-be criminals and strip them of their second amendment rights based on a mental health diagnosis.  The problem here is that there are a number of mental disorders characterized by the Diagnostic and Statistical Manual of Mental Disorders (DSM) which are “defined by the absence of any medical condition or the physiological effects of a substance”.  This is actually quite the contradiction for the materialist.  Far more worrisome is the tendency for members of the APA to simply vote on whether or not something should be classified as a mental disorder.  In Edition 2 of the DSM, homosexuality was considered a disorder.  In Edition 3, it was voted out as a disorder.  In pursuit of explaining homosexuality on the basis of a materialistic worldview, the APA spent thousands of collective hours looking for a “gay gene”, only to rescind that idea it’s most recent publication.

Here’s the punchline:  There’s a war ranging against people of faith–especially against those who cling to Judaeo-Christian values.  Just a few weeks ago, the Democratic National Committee (DNC) passed a resolution embracing the virtues of the secular and the “religiously unaffiliated” over those of traditional faith.  A recent article on Fox News quotes the Freedom From Religion Foundation as saying it’s “optimistic that the DNC resolution is a sign of bigger and better things to come for freethinkers”.  The next question that has to be asked is, “what does that look like for men and women of faith?”  It’s not unreasonable to think that someone who “speaks with an invisible being”, who allows their “footsteps to be directed by an all-seeing entity” might just be regarded as crazy–and if crazy, we certainly shouldn’t allow them to own guns–right?

It goes without saying that the right to keep and bear arms is vital to self-defense.  As important as that may be, it’s not the reason for the second amendment.  Our forefathers understood what it meant to be oppressed by their government and the second amendment is our last line of defense against tyranny.  Red flag laws will not prevent evil as seen elsewhere in the world. They will serve only to erode our freedom and provide the state with a foothold for someone like Francis O’Rourke (Beto) to come knocking.