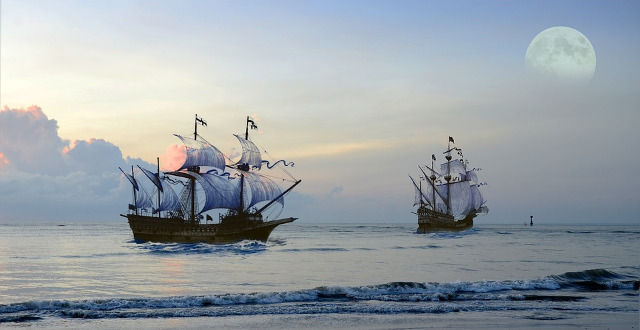 Why there are two MCRP organizations in Montgomery County?

First, let me say that I am not an attorney nor do I have any background in law. Secondly, this is my opinion based on facts. These facts are accompanied by supporting documentation. I am happy to discuss my conclusions and opinions with anyone but the facts are immutable. Finally, I would like to say that the goal of every Republican voter in Montgomery County should be to keep Texas red. It has been said “as goes Texas so goes the nation”. The name calling and pettiness is counterproductive toward that goal.

On June 26th, 2018 members of the CEC assembled to conduct an Organizational Meeting. The outcome of this meeting resulted in two distinct entities with two distinct set of bylaws. Both entities are legitimate and operational but wholly separate.

Let me make an analogy.

The MCRP and other similar entities are a lot like a ship.  The ship has a captain (the Chairman) and a crew (the CEC).  The ship has a code of conduct (the bylaws) by which the crew must abide.  If the crew does not like the rules, they can amend the rules with a 2/3 vote.  They can even decommission the ship if they want.  That also requires a 2/3 vote.  Now despite what some may say, the S.S. MCRP entity is not governed by the Texas Election Code (TEC).  However, the TEC does require that a new Chairman and crew be elected every two years.  The statue can be found in TEC Section 171.022.  Notice that the the law never says anything about the ship itself.  Only the crew.  This is critical.

On June 26th, 2018 several crew members attempted mutiny.  They weren’t happy with the Captain and believed that they had a small window of opportunity to amend the bylaws of the S.S. MCRP using a simple majority vote.  Thinking they were changing the bylaws of the S.S. MCRP what they actually accomplished was the christening of a brand new ship.  The full complement of the ship (the Captain plus the crew) are nearly identical.  However, each ship has its own name, bank account, and set of assets — and of course, its own bylaws.

If you want to understand the details, continue reading…

In order to understand how this happened, it’s important to understand the nature of bylaws and how they work. Bylaws exists for many types of organizations including corporate entities, religious organizations, home owners associations, chartered clubs, and non-profit institutions – among others. Bylaws are invaluable for dispute resolution in civil court except where primacy of other laws and statues exist.

According to the bylaws of the Montgomery County Republican Party which were most recently ratified in 2016, it is governed by several authoritative sources which are listed in order of primacy:

The specific clause of the MCRP bylaws which prescribe this can be found in Article VIII section 1.

The rules contained in the most current edition of Robert’s Rules of Order shall govern the Executive committee in all cases to which they are applicable and in which they are not inconsistent with these bylaws and any special rules promulgated by the Republican Party of Texas, or any state or federal statutes.

In order for an organization to conduct routine business, they must define procedural conduct. In other words, how is a meeting called to order? who gets to speak? when do they get speak? when can a vote be called for? etc… Prescribing these kinds of things from scratch in the bylaws is laborious. For this reason, most organizations bootstrap this process by leveraging the exhaustive work of Roberts Rules of Order and defining a primacy clause. This exactly what is Article VIII section 1 does. In doing so, the MCRP operates under the full body of Roberts Rules of Order except where some other preeminent governing document prevails.

Now the current debacle we find ourselves in hinges on a defect which exists in the bylaws of the MCRP and the RPT. Both documents call for an organizational meeting to be conducted every two years. Below is the language the MCRP bylaws ratified in 2016. Similar language exists in the RPT bylaws from 2016.

Unlike the case of amending or revising the bylaws of an organization already established, the adoption of the bylaws through which a society is brought into being requires only a majority vote. – Roberts Rules of Order, 10th Edition, Chapter XVII paragraph 54.20 (p 542).

Based on congruence of this, and corroborative behavior exhibited on June 26th, 2018 it is clear that all participants possessed a common, albeit incomplete, understanding of an organizational meeting as that which is described by Roberts Rules of Order as an “Organization of a Permanent Society”. Therefore, for the remainder of this document I will follow suit.

To summarize, an Organizational Meeting has two defining characteristics:

I realize that some may object to my assertion that an Organizational Meeting is a synonym for an “Organization of a Permanent Society” as defined in Roberts Rules of Order. To be clear, there was no shortage of confusion and misinformation that ensued from the proceedings. As a result, on September 22, 2018 the SREC sought to clarify the matter during their quarterly meeting. Chairman Dickey put forth the following resolution to clarify that the meeting was in fact an Organizational Meeting:

“So, with respect to a County Executive Committee, an Organizational Meeting is the first CEC meeting each biennium, called in accordance with Rule 8e, at which bylaws are adopted, and at which members (precinct chairs and county chair) are sworn in (placed on the membership roll).”

This clarification was passed unanimously but did not address the heart of the matter. Moreover, the resolution does nothing other than to reinforce the language of the RPT bylaws which is almost identical as to what is prescribed in the MCRP bylaws.

Organizational Meeting of a County Executive Committee – A County Executive Committee shall hold its organizational meeting within forty-five (45) days after the term of office begins for the County Chairman and the Precinct Chairmen. (This is The term of office begins twenty (20) days after the Primary Run-off Runoff Election according to Subsection 171.022 (c) of the TEC.) The County Chairman shall be responsible for calling the meeting however, if the County Chairman does not call the meeting, then one-fourth (1/4) or 50 of the Precinct Chairmen whichever is fewer, may, by written demand, call an organizational meeting. Notice of the organizational meeting shall be mailed by USPS to the last known address of the members of the executive committee at least fourteen (14) days prior to the date of the meeting and such notice shall state the time, date, and location of the meeting and the names(s) of the person(s) issuing the call. The agenda of the organizational meeting shall include, but not be limited to, the swearing in of the newly elected executive committee members and the adoption of Bylaws and/or Rules for the biennium. The proposed Bylaws and/or Rules shall be sent out with the meeting call via USPS at least fourteen (14) days prior to the date of the meeting.

Again, notice that nothing in the bylaws of the MCRP, the RPT, or the resolution from the SREC clarify what an Organizational Meeting is and how it is to be conducted. However, in a statement from Chairman Dickey he clearly correlates the definition of Organizational Meeting with that which is described in Roberts Rules of Order Chapter XVII section 54:

As unanimously confirmed by the SREC on September 22, at those Organizational Meetings bylaws are adopted. By definition, adoption requires only a majority vote. – Chairman Dickey

If you’re still with me, catch your breath because this is the punchline. Chairman Dickey says that an Organizational Meeting “requires only a majority vote” [by definition]. And where does that definition occur? It occurs only once in all of the governing documents that the MCRP operates under – Roberts Rules of Order XVIII section 54 “ Organization of a Permanent Society”.

According to Roberts Rules of Order, on June 26, 2018 a new MCRP was formed with its own set of bylaws. It has no bearing on the existence the original MCRP except that some members of one are also members of the other. Furthermore, The MCRP and RPT bylaws contain no procedural prescription for dissolving the original MCRP or merging it into the new entity. However, Roberts Rules of Order does prescribe such procedures in Chapter XVII section 55. In both cases these actions required a 2/3 vote by members of the original CEC.

In the case of a merger, the organization that is giving up its independent identity should adopt a resolution substantially as follows: ”Resolved, That the A Society be, and hereby, is merged into the B Society as of [date] or when such merger shall be accepted by the B Society.” For its adoption, such a resolution requires the same notice and vote as for amending the bylaws. – Roberts Rules of Order, 10th Edition, Chapter XVII paragraph 55.20 (p 545).

In the case of an unincorporated society, a resolution should be prepared, such as : ‘Resolved, that the X Society be dissolved as of March 31, 20__.’ It is in effect a motion to rescind the bylaws and requires for its adoption the same notice and vote to amend them. – Roberts Rules of Order, 10th Edition, Chapter XVII paragraph 55.10 (p 547).

Links to all supporting documentation can be found here.